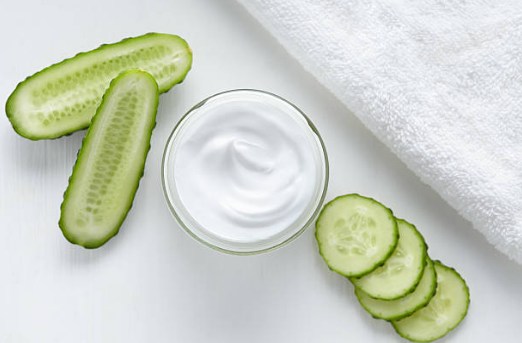 Wrinkles are mainly caused by factors such as the passage of time, stress, lifestyle choices like smoking and drinking as well as the lack of certain vitamins in one’s organism. There exist a number of different remedies that one can apply with more or less success. A small number of people actually know that it is extremely easy to stir up an efficient homemade wrinkle solution. Before the introduction of popular cosmetics on the market, this is how humanity used to treat their fine lines and other visible signs of aging.

Nobody likes to give out his real age. And nothing tells the truth more than the appearance of wrinkles. Of course, they can also be caused by a handful of other things. Regular smoking and drinking takes its toll and so do stress and the lack of a proper diet. Many people ask themselves how to enhance their appearance without visiting a specialist or purchasing vastly advertised but useless cosmetic products.

Home remedies for wrinkles have accompanied humanity for centuries, if not longer. Men and women have always wanted to better their outlook and in a time when scientific developments were still making their baby steps, people had to rely on traditional recipes that were passed on from one generation to the other.

Organic anti-aging products actually have many benefits and modern research into them has determined beyond a doubt that the products they feature have a positive effect on the beauty and health of the human skin.

Intrinsic aging is caused by the so-called genetic programming. It reflects the natural process of growing old and the fact that the skin does not get access to enough vital vitamins and minerals. Extrinsic aging is similar to it but is primarily caused by too much exposure to the sun. It is also known as photoaging in the medical community.

Vitamin C anti aging-agent is an important component which most home remedies for wrinkles feature as a key ingredient that is part of their formula. This article will now pay closer attention to the best homemade recipes and techniques with which one can most efficiently make the clock move backward. 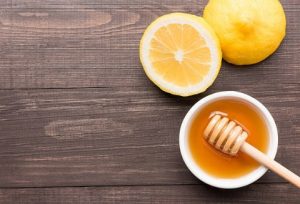 Lemons include an increased amount of citric acids which makes them a great skin disinfectant. Honey, on the other hand, has a rejuvenating and nurturing effect. When combined in proper proportions, the two can act as a powerful remedy for wrinkles which removes the dead cells, clears out dark spots and makes the upper layer of the epidermis become smooth, clear, and shine.

In order for the substance to give productive results, equal portions of lemon juice and honey must be mixed. A small amount of water can also be added if the skin is more sensitive and prone to allergies.

The end mixture should be applied onto the desired area and left for 15 minutes. One can massage it with gentle movements if he feels that it has not been absorbed efficiently. The substance has to be then washed from the skin. It is advisable for the method to be repeated daily so that maximum effect can be achieved. 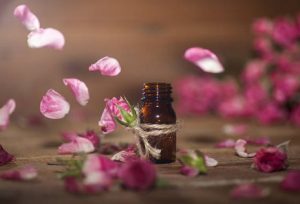 Rose water has a beautifying effect which is as efficient as is the flower gorgeous and dazzling. It is also one of the oldest known homemade wrinkle solutions being applied by royalties, nobles, and aristocrats alike. Rosehip oil and the cream that is made from it have a similar power.

Rose water mainly acts as a toning and rejuvenating agent. It can also protect from skin loosening and because of the natural fine fragrance it carries, will make the skin smell better. The best way to apply it as on organic wrinkle solution is to dab one’s fingers into it and massage the area under the eyes until full absorption.

The procedure has to be applied twice daily and will also act as an efficient remedy against the appearance of fine lines. 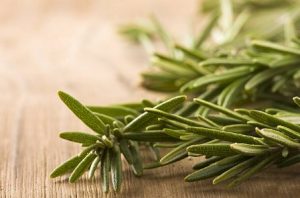 Rosemary is praised in the culinary world for the nice touch and fresh smell it adds to a meal. It is a little-known fact that the ingredient can also act as a rejuvenating skin agent. The essential oil from it must be gently applied in the area under the eyes in a gentle upward-stroke manner, which must mimic the movements of a boat.

The treatment lasts only a couple of minutes and must be repeated twice a day. After a couple of days, one will notice that the tedious and unnerving wrinkles and fine lines will begin to disappear. Rosemary also has a preventative effect. 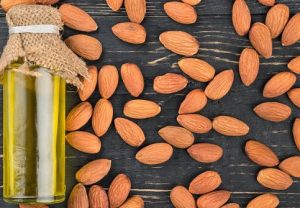 Almond are not only healthy but contain a lot of nutrients which rejuvenate the skin and make it look younger. Since the nut is rich in fibers, Vitamin E, iron, calcium, folic acid, zinc and oleic acid, they are a powerful agent which prevents the formation of wrinkles, dark spots, and fine lines.

One can massage almond oil directly onto the desired area and let it settle on the skin in order to achieve maximum results or apply an old but proven to work recipe. It goes that the almond should be left to soak in a bowl of raw milk overnight.

Then, they must be peeled, grind and blended until a thick paste-like substance is formed. The said must be applied on the skin and left for a couple of minutes, after which it should be rinsed with lukewarm water.

Homemade remedies for wrinkles can be prepared with the use of many different products like papaya fruit, olive oil, watermelon juice, mint, lime, and many other products. But the best remedy for wrinkles is making sure that the stress levels are kept low and under control as well as leading a healthier lifestyle.

Home remedies for wrinkles, however, are easy to make and sometimes much more efficient than costly cosmetics. They have been used for centuries and their natural ability to rejuvenate the skin is not subject to a discussion. 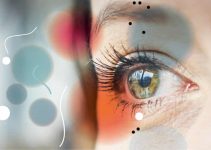 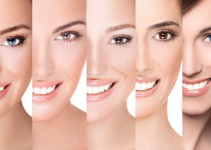